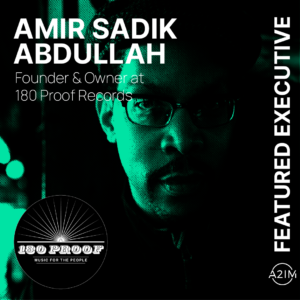 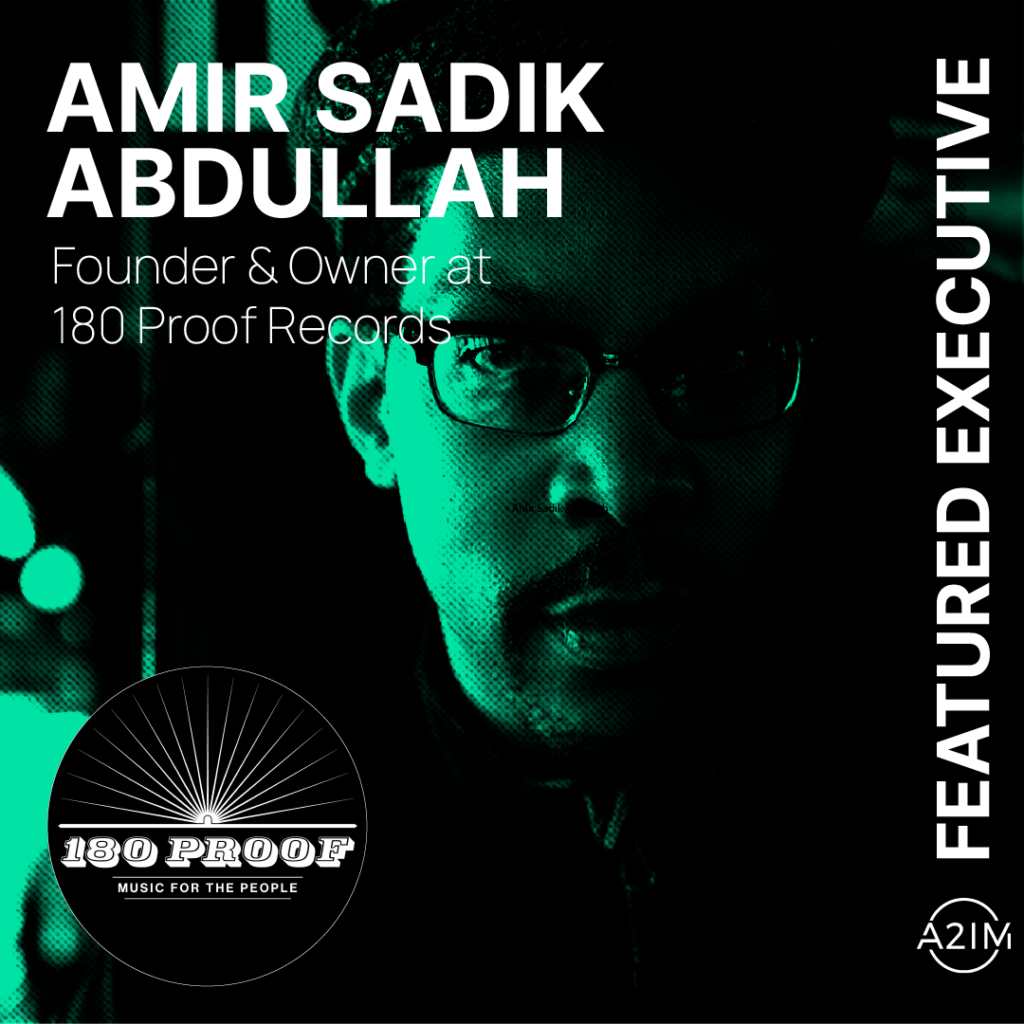 Founder and Owner of 180 Proof Records and  A2IM 2021 BIMA Fellow.  Amir has dedicated his life’s work to helping Black independent artists and labels get their shine and fair shot.  Read our full conversation with Amir below, and follow 180 Proof Records on Bandcamp, Instagram,

Can you tell us a little about 180 Proof?

In the marketplace of reissues, the music is far too often presented in a void: repackaged, and reproduced without the advent of any true historical context. When it comes to the sound of Black American music and its history, the story is just as important as anything else. 180 Proof’s mission began with Detroit’s enigmatic Strata Records. The Strata catalog consists of over 30 unreleased and 6 previously released master reels.

When it comes to the sound of Black American music and its history, the story is just as important as anything else.”

What are your long-term goals for 180 Proof?

My long term goal and mission is to be the premier company that continues to restore, catalog, and contextualize the true unsung musicians of Black America. To be able to have the funds to buy catalog and masters of Black American music to not only be released but also have their stories told that educates and illuminates our people.

Furthermore, I want to be able to hire a team of musicologists, vinyl record collectors, and musicians to help with the research and contextualization of the stories. I also want to have the right sound engineers and mastering personal that knows how to work with old master tape reels and how to properly transfer the music to a digital format. Lastly, I want to be able to hire graphic art designers that would help in the visualization of the projects. In other words, to be self-sufficient and strictly dedicated to restoration of Black American music.

That’s incredible!  What’s been one of your greatest accomplishments at the label thus far?

One memory that stand out is securing the license rights and releasing a previously unreleased Charles Mingus live recording with two previously unheard songs. I worked extremely hard to make this project happen and be successful! This is the release: https://www.bbemusic.com/downloads/mingus-jazz-in-detroit/

What can we expect next from 180 Proof this year?

Either this fall or winter, I’ll be releasing an album: Strata Records – The Sound of Detroit-Reimagined By Jazzanova. The goal of this release is to reinterpret and reimagine this vintage jazz music for a modern audience. I am very excited about this project because it will bring new light to the Strata Records catalog, as well as 180 Proof.